As WeWork currently has more than 260,000 members worldwide, it got about 300 million dollars from the SOFTBANK Group, as it became news, with the wealth of financial resources,
Starting with the opening of the first space in Shanghai in July 2016, they have accelerated the advance to China. It now spreads to 16 places in total (including Hong Kong) and more to come.

3rd Sep 2018, WeWork softopend as "WeWork CCSS (China Construction Steel Structure)" at Nanshan district.
They will have a Grand opening in October 2018. Until then, they are planning many events at their co-working site. We visited WeWork CCSS at first soft opening week.

The co-working space wave is still alive in Shenzhen, and if you give famous facilities
Tencent's "Tencent Incubator(衆創空間)", SimplyWork(思微),  and Bee Plus are famous as co-working / incubation facilities.
There are many other Makerspaces around Huaqiang North where you can make use of the unique advantages of Shenzhen, such as Seg Maker and Trouble Maker, where you can quickly procure electronic parts.
WeWork, which has branches in the world, can use free space if you are a member, so it seems to be popular among foreign-affiliated companies by taking advantage of the huge brand power.

Three locations were born within 2018. Two plans will be created in 2019

The following English official website is written with a map

Although there are other facilities, it is not yet an official announcement so we will be updating this information after the announcement.

The nearest station of WeWork CCSS (中建钢构大厦) is Metro line 2 "Dengliang(登良)" station. It is a distance of 6 minutes on foot from exit C. 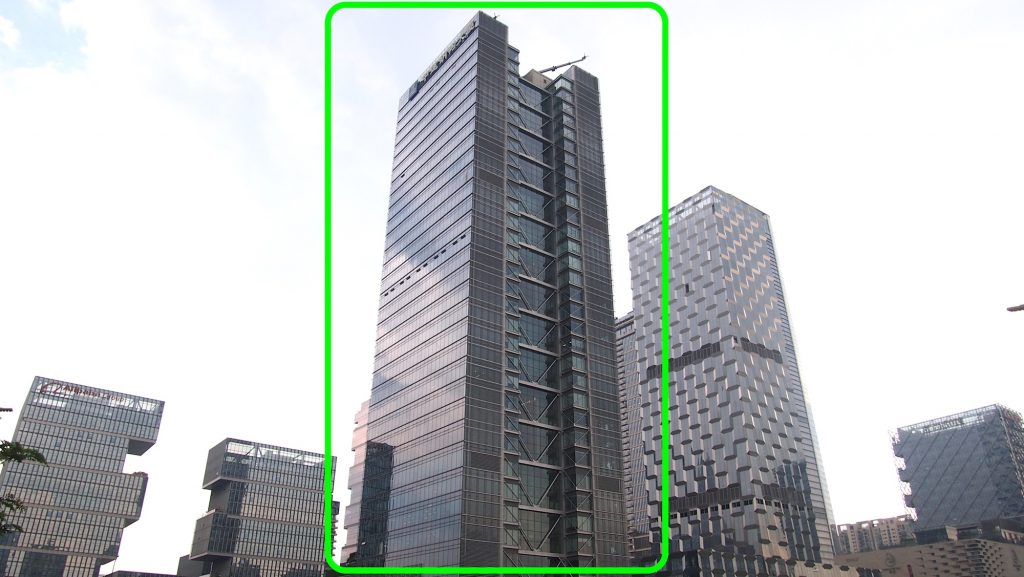 A building with a sign called "中建钢构大厦" above. On the left you can see the Alibaba Group's "Ali Center" building.

Next to the "钢結构博物館" Museum

The entrance to the building has a solid security, so advance reservation is necessary when visiting.

If you do not have a reservation, you will have to talk to the receptionist and tell him "I want to go to WeWork" they will give you the business card then you can call to WeWork staff (English / Chinese).

Receiving when getting off the elevator

There were only a few people because of the soft opening, but everyone from wework is very nice. 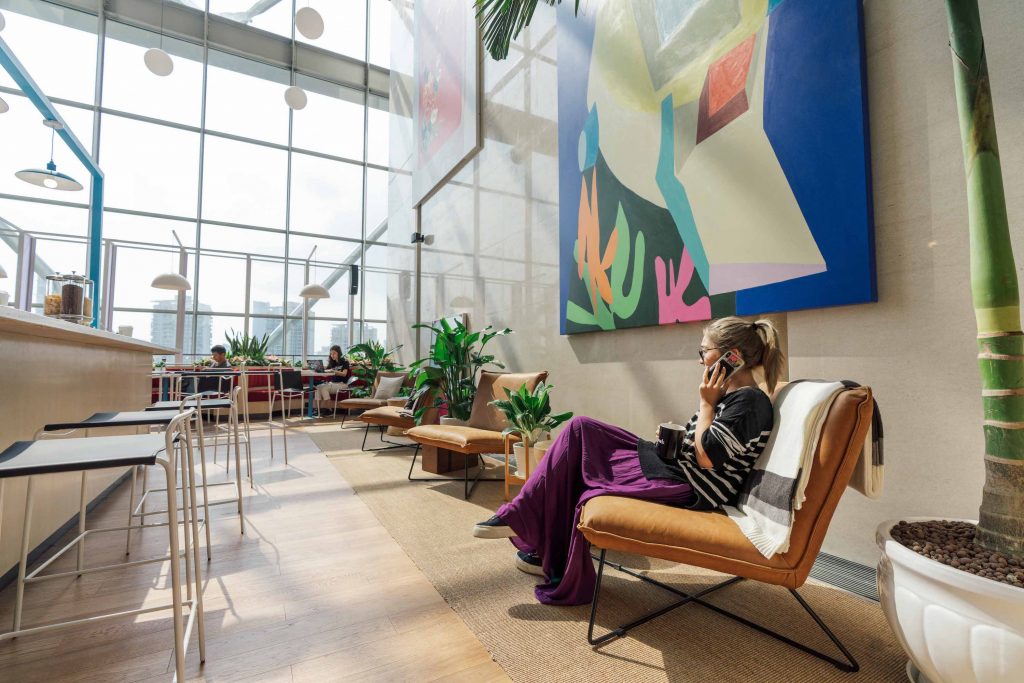 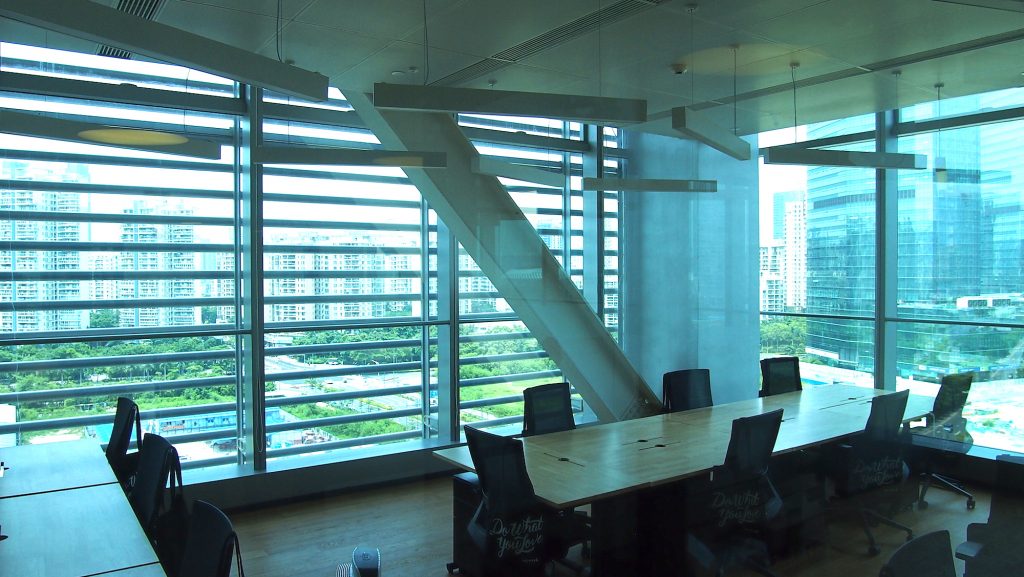 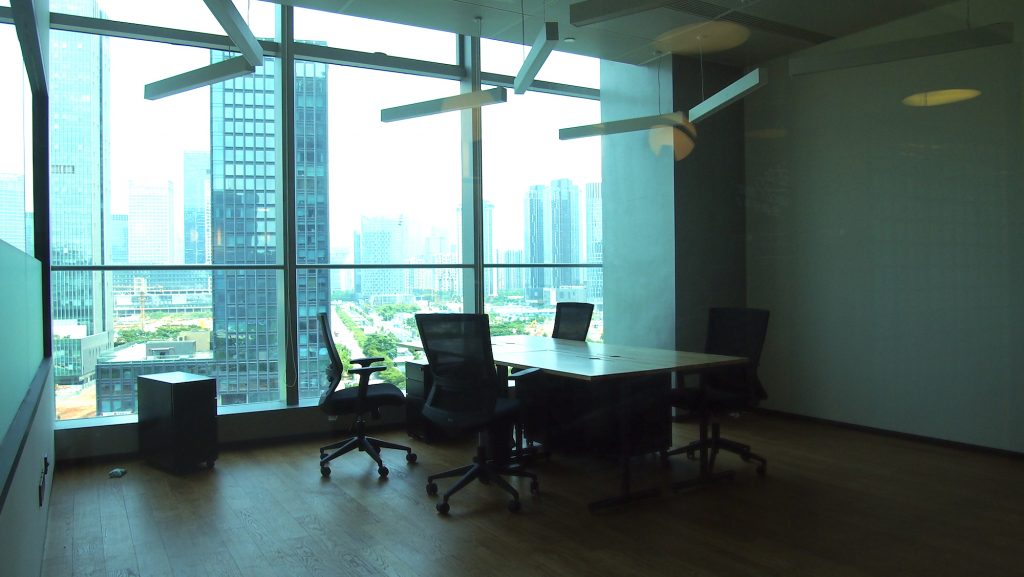 I could not take a good picture with backlit....

It is a new place, so of course, it is very beautiful. The scenery from the windows is nice too.

In addition to the office and conference rooms, there is also a telephone-dedicated space that can shut out surrounding sounds. 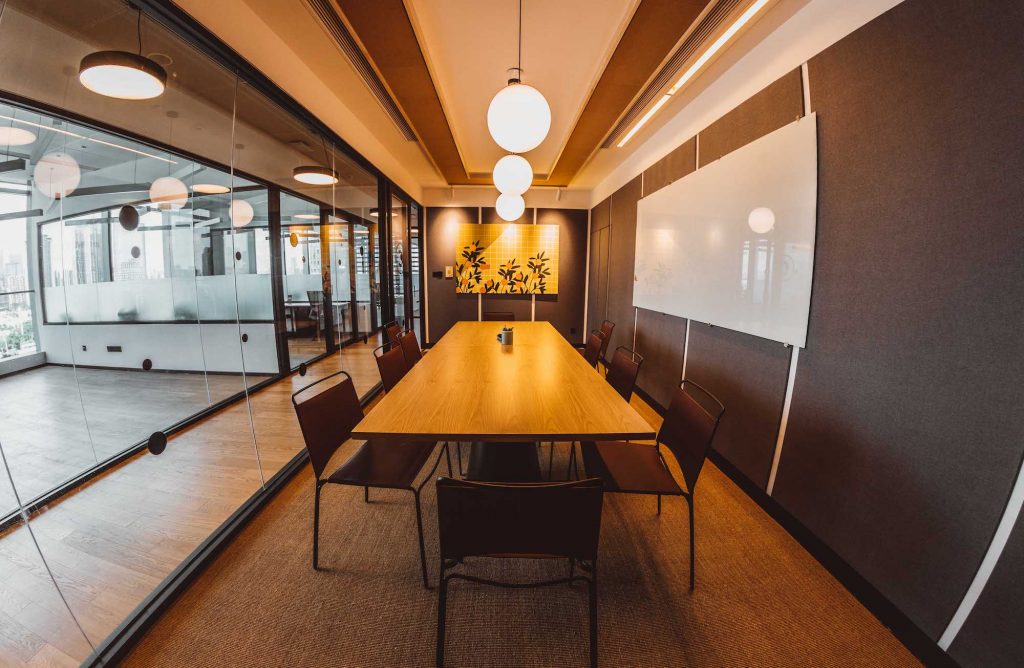 Power strip at the table. Of course you can use both USB and US power connector.

The view from one of the office space. You can also see the bamboo shoot (rocket) tower(华润大厦) and HISENSE building.

The view from the window is the best. The land around here is under construction and new buildings are coming soon.
After a few years the scenery will change a lot. I guess it will be the top office town in China.

Break space. There was a person playing this game while making a serious call. Looks nice for a change of pace.

Coffee machine and you can always drink fresh coffee. Beans are "Seesaw Specialty Blend". It was delicious.

Fruit water is delicious. I do not know taste of beer because I did not drink beer (I should have tried ...)

What is the speed of wifi?

WeWork's wifi is very fast! They know what they are doing.
( I forgot to measure ... But it was fast.) 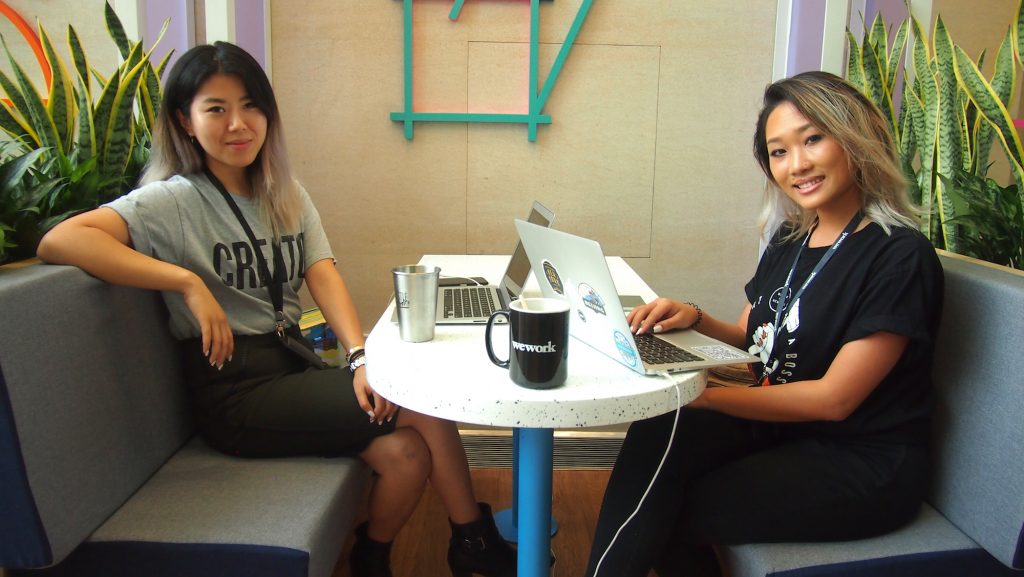 Ms. Faye Gao (left) who gave us a tour. Bilingual grew up in Canada. A very fun crew! 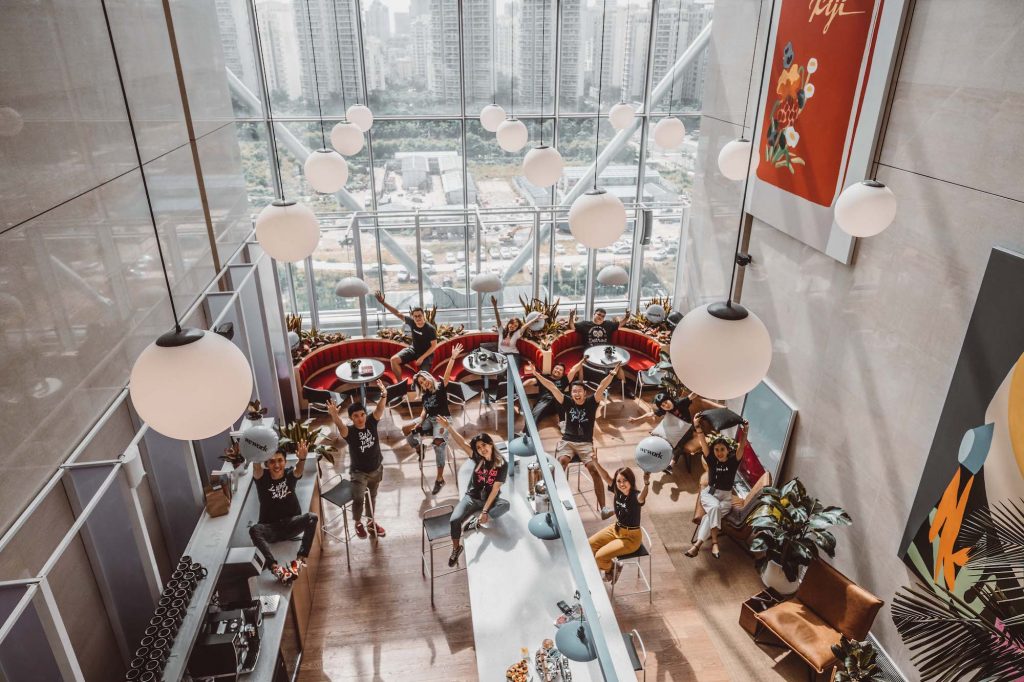 We also got a limited TOKYO sticker that can only get in Tokyo. very generous of her.

I think that it is only during the soft opening period, but there are some events almost every day ...

I was invited to the next event,  I will join if it's convenient!

As Shenzhen is sandwiched between Dongguan City (东莞市), the factory area of the product, and Hong Kong with the world's hub airport,
It is a convenient city for both professional engineers who produce and those who sell it.
In the future, technicians will develop in MAKER SPACE, and those who sell products may have an office in a co-working space may be a good way of coexistence. 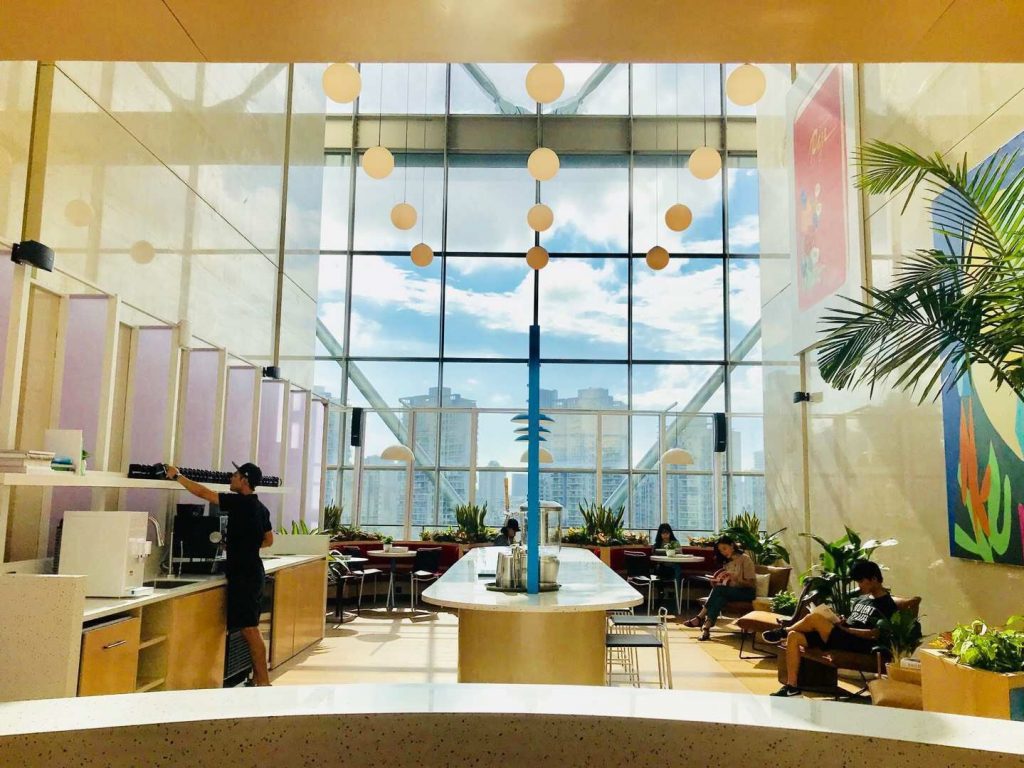 WeWork expects to develop differently from Beijing and Shanghai. 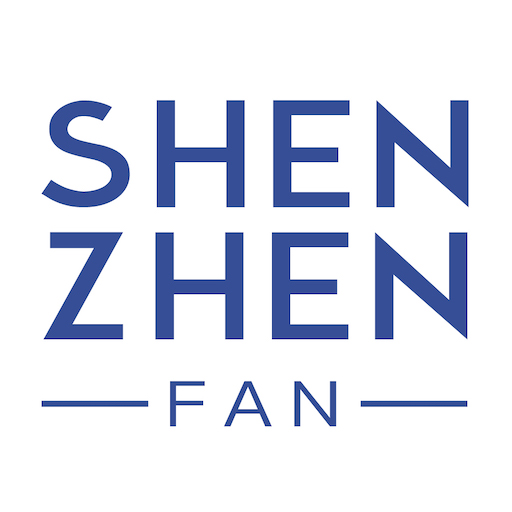